“THE END OF LOGOS”
at ochiai soup
http://ochiaisoup.tumblr.com/ 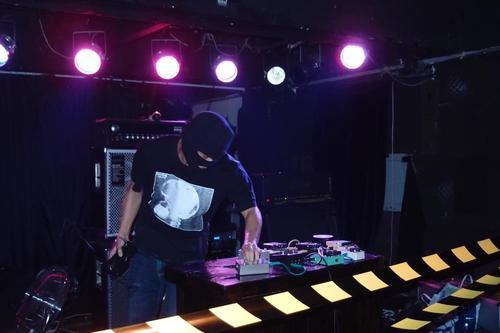 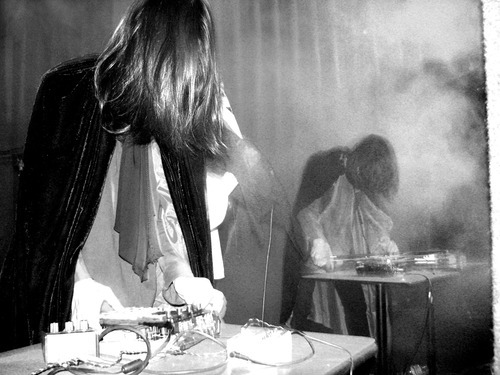 One of the core groups of the Nojiji collective in Beijing, and the best noise and experimental group in China, formed by Li Yangyang, Liu Siyuan, and Zhang Zhongshu. Mixing experimental, avant-garde, noise, hard rock and improvisation elements, the group injects essential rock spirit to a new form. Performances are always incredibly powerful and passionate, mixing old fashion style with psycho appearance and sudden climaxes. Being an unique improvisation and noise group, Mafeisan had instigated and acted in lots of domestic music and art events in which instruments, sounds and bodily motion are being mashed together fascinatedly like the Uproar In Heaven.
http://site.douban.com/mafeisan/
http://www.nojiji.com One of the core members of the Nojiji collective in Beijing, China. He is a neo noise artist and an extreme circuit bender, with main focus of study on non-traditional sound making device, seeking to develop an explosive noise making technique from circuit bent recording devices. 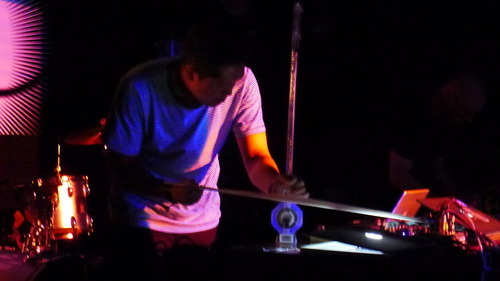 Also known as Wong Chung-fai, an idiosyncratic improviser, experimentalist, live visualist, micro-curator and free-lance writer from Hong Kong. Also co-founder of the experimental imprint Re-Records (www.re-records.com), member of the electro-acoustic duo No One Pulse, and advisor of soundpocket (www.soundpocket.org.hk).

Being a veteran writer of the legendary Hong Kong alternative music magazine MCB, his writings had influenced a wide spectrum of experimental musicians and listeners in Hong Kong and China. Embracing improvisation, noise, errors, chaos and randomness, his experimentation envisions an unorthodox sound-making process that is expressed in extreme dichotomies, and driven by intuition, bodily expression and direct experience on the purest sonic level. Zbigniew Karkowski was born in 1958 in Krakow, Poland. He studied composition at the State College of Music in Gothenburg, Sweden, aesthetics of modern music at the University of Gothenburg’s Department of Musicology, and computer music at the Chalmers University of Technology. After completing his studies in Sweden, he studied sonology for a year at the Royal Conservatory of Music in Den Haag, Netherlands. During his education, he also attended many summer composition master courses arranged by Centre Acanthes in Avignon and Aix-en-Provence, France, studying with Iannis Xenakis, Olivier Messiaen, Pierre Boulez, and Georges Aperghis, among others. He works actively as a composer of both acoustic and electroacoustic music. He has written pieces for large orchestra (commissioned and performed by the Gothenburg Symphony Orchestra), plus an opera and several chamber music pieces that were performed by professional ensembles in Sweden, Poland, and Germany. He is a founding member of the electroacoustic music performance trio “Sensorband.” Zbigniew has lived and worked in Tokyo, Japan for the past eight years, and is active in the underground noise scene there. Karkowski is currently on a residency at UC Santa Barbara in California.